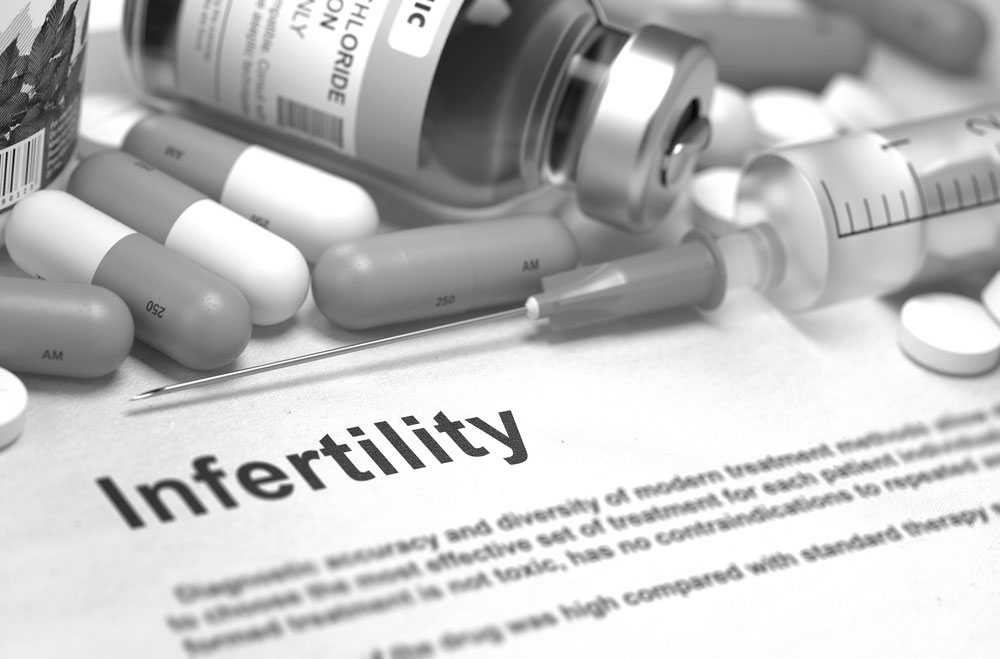 The inability of a male partner to cause pregnancy in a fertile female is referred to as Male Infertility. 40-50% infertility in humans is referred. Deficiency of semen, the absence of sperm in the semen and abnormal sperm function
is usually the common cause of the male deficiency. The process of diagnosis involves a patient interview, thorough physical examination and checking medical history. The next step involves, sperm analysis i.e. testing of sperm sample in the lab where a sperm count Is performed to check the shape, health, and movement of the sperm which helps to determine the course of treatment.
Causes of Male Infertility:
The factors contributing to the cause of male infertility typically include the following:
1. Azoospermia: The complete absence of sperm in the semen is termed as azoospermia. It happens when the body is not producing any sperm or there is a blockage or obstruction in the ejaculatory ducts or vas deferens which prevents the sperm from leaving the testicles and reaching the ejaculate.
2. Oligospermia: Usually referred to as “low sperm count”, oligospermia is a condition where there are very few sperm cells in the semen. Low sperm production and obstruction in vas deferens are the common causes of oligospermia.
3. Congenital absence of the vas deferens: There are cases in which the tubes carrying the sperm to the penis, when ejaculation occurs, do not develop before birth. In such a condition a patient may produce viable sperm in the testes but in absence of a channel to reach to the semen, pregnancy gets hindered.
4. Ejaculatory duct obstruction (EDO): When a man’s ejaculatory duct is blocked, usually by an infection or injury or since birth, it is referred as ejaculatory duct obstruction.
5. Varicocele:
When veins enlarge within the loose bag of skin holding the testicles (scrotum), it is called a Varicocele. It decreases sperm production quality, and transport, though sperm production is not affected by all varicoceles.
6. Poor sperm motility or morphology: Sometimes the issues relating to the shape of the sperm (morphology) or the way the sperms move (motility) creates hard time for the sperm to reach or penetrate the egg.
7. Retrograde and Premature ejaculation: Often semen entering the bladder instead of emerging out from the penis is said to be retrograde ejaculation While the case of ejaculation before vaginal penetration reducing the chances of a sperm meeting an egg is said to be premature ejaculation. Issues relating to prostate health, mental health, and certain medications often cause such condition.
8. Erectile dysfunction: Often due to medical issues, consistent trouble is faced to achieve or maintain an erection which makes natural conceiving extremely difficult.
9. Chromosome defects:
Usually, following chromosome disorders can be noticed in the male that leads to infertility.
• Klinefelter’s syndrome, an inherited chromosome disorder where a set of symptoms result from two or more X chromosomes in males (instead of one X and one Y) causing male reproductive organs to develop abnormally.
• Kallmann’s syndrome is a rare genetic disorder that causes hypogonadotropic hypogonadism (HH) or delayed or absent puberty and an impaired sense of smell. It is caused due to deficiency of gonadotropin-releasing hormone (GnRH) and is present from birth.
• Kartagener’s syndrome is a very rare genetic disorder which is characterized by dysmotility or complete immotility of the cilia in the airways and elsewhere.
10. Previous surgery:
Surgeries that can lead to infertility are:
• Vasectomy
• Inguinal Hernia surgery
• Scrotal, Testicular and Prostrate surgeries
• Abdominal surgeries to treat testicular and rectal cancers
11. Infection:
The production and quality of sperm are affected by some of the following infections:
• Sexually transmitted infections
• Gonorrhea
• HIV
• Epididymis (Epididymitis) or testicles (Orchitis) inflammation
12. Tumors:
Male fertility is often affected by Malignant and non-malignant tumors. Surgery, radiation or chemotherapy used for the treatment of tumors also affects male infertility.
13. Hormonal Imbalance:
Prolonged stress causes the imbalance of hormones produced by Hypothalamus, Pituitary, Thyroid and Adrenal glands also cause infertility.
14. Exposure to Chemicals, Environment, and Metals
Prolonged exposure to heat, chemicals, and toxins reduce sperm count. Exposure to heavy metals like lead also leads to infertility.
15. X-Rays or Radiation:
The production of sperm may be impaired by exposure to radiation.
16. Overuse of Gadgets:
Too much increase in temperature of the scrotum due to continual use of laptops or computers or wearing tight clothes affects long-run sperm production
17. Obesity:
Overweight males develop a higher risk of infertility in comparison to others.
18. Addiction to Drug, Alcohol, and Tobacco
Addiction affects infertility by the following ways:
• Liver disease caused by excessive alcohol consumption lowers sperm production.
• Drugs like cocaine and marijuana shrink the testicles, thus reducing sperm production. Growth inducing, and muscle stimulation drugs also hinder normal sperm production.
• Susceptibility grows in males with higher tobacco intake